In College, I Found the Courage to Come Out And Tell My Family I'm Proud of Who I Am

They say college is where you’ll spend the best times of your life and—spoiler alert—it really is. Unlike high school, where rules and rigidity are the norm and every move is observed by disproving teachers, strict parents, and judgmental peers, college is for self-discovery and self-expression. It’s also where you meet people from different backgrounds, with stories that enrich your own experiences and ways of thinking, widening your perspective.

For marketing secretary Thomas Cipriano, landscape architect Steff Legaspi, and student Anton Paderanga, college is all that and more. Read on as they share how college helped them discover and accept their true selves: 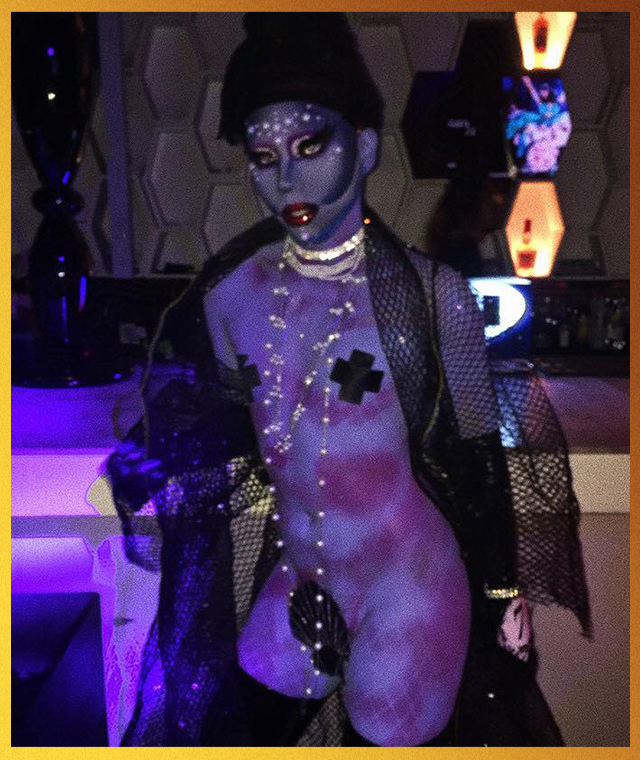 My college days marked the start of my journey toward self-discovery, since it was when I came out of the closet. I had planned on coming out in college because I saw it as the perfect opportunity to start a new chapter, with a new environment and a new set of people. I got a “We know” from almost everyone. I felt so liberated because I could then express myself genuinely without any reservations. Looking back, it wasn't just self-discovery that was gender-related. My experiences in and out of school really did build up who I am today.

One of them was how to manage my life inside and outside of school. I suffer from depression, and it really affected my academic performance. I realized that I needed an outlet for everything that was going on, so I started doing drag and makeup. Making friends in the same community (LGBTQ+) and doing drag and makeup really helped—they boosted my confidence and reduced my self-doubt.

With drag, you become this being that’s not from this planet, and you get to showcase your artistry through different looks and performances. I feel so powerful transforming into my alter ego, Aries Night, and I love being able to inspire other queer people. Lastly, I also get to challenge gender norms—I believe that drag was and will always be a political movement.

Right now, I can proudly say that I am close and on my way to beating depression out of my system. Nonetheless, I am thankful for everything that I went through because it greatly molded my character. I learned to not let depression win, and how it shouldn't affect the way you treat other people and your relationships. I learned that it shouldn’t dictate how you act, think, and speak. I must say that I learned it the hard way, but it all paid off in the end. 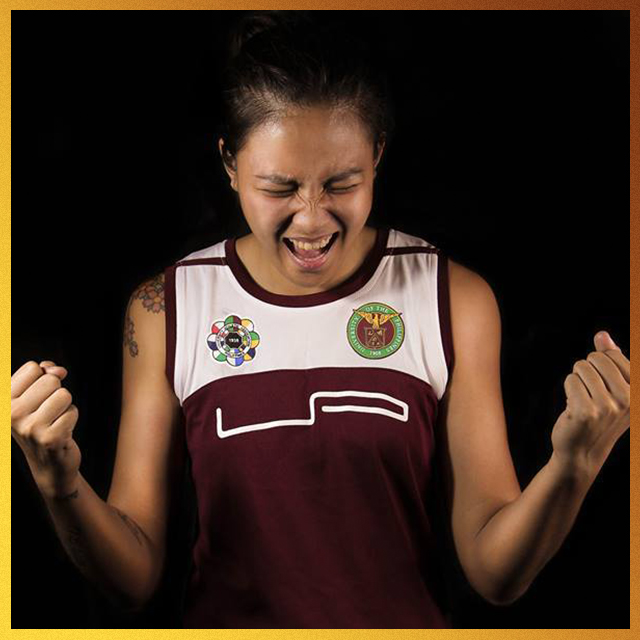 College saw the most liberating years of my life. Going into university, I didn’t have many expectations. To be honest, I was culture-shocked in my first year. Coming from an all-girls Catholic school where I was teased for being a boy or a tomboy (I identify as lesbian), everything in college was so different. I think the biggest difference between high school and college was the rules. There are less unnecessary rules in college. I got to dress the way I wanted, cut my hair as short as I wanted, and move the way I wanted.

Still, I struggled with who I was. I wasn’t quite sure how people would accept me, and I really cared about what they thought of me. It made me insecure, making me feel like I was in a box. Then, I woke up one day and just stopped caring! Everything got better afterward.

By being myself, I learned that we should never allow ourselves to live in the what-ifs. I did everything that I wanted to do, and I always thought that it’s better to fail than to regret. And the failures really taught me to love myself. Life doesn’t end after hitting rock bottom; we need to accept our failures and be better people.

I didn’t come out in college; I came out much earlier, in Grade 6. My friends were supportive—my family, not so. It took my family some time to adjust to who I really was. It really affected me because being lesbian was always considered a bad thing, that I was a bad person. I became very secretive and didn’t share much about my life. I thought it was better for them to not know who I was than know that I’m a lesbian. College really helped me transition from that to being more open to the people I love. In time, I was accepted. 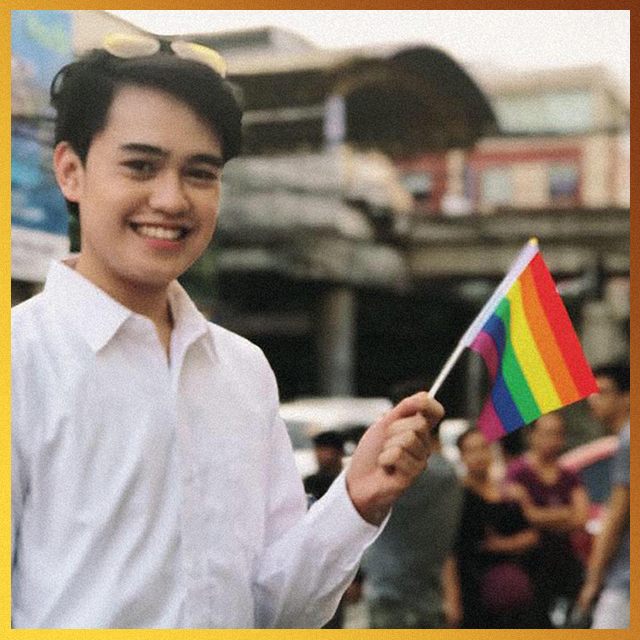 Coming from my high school Letran, UST’s sister school, I was taught that there’s no in between—you’re either male or female, and your genitals determined what particular gender role you must play. I was also raised under the idea that homosexuality is a disorder. It’s not normal, it’s a sin, and you’re going to hell because of it.

I dealt with the discrimination by getting high grades, receiving medals, and participating in various competitions—that’s how I became a perfectionist and an over-achiever. Unfortunately, that took a toll on me. I was in high school when I first experienced depression and anxiety. Being an honor student meant so much to me because that was the only way I could prove my worth to my family, classmates, and teachers so they wouldn’t judge me for being gay. So when I would get a low grade or make a mistake in an important exam, I felt I wasn’t good enough.

In time, when I got to college, I was able to muster the confidence and the courage to boldly tell my family that I’m proud of who I am and that I hope they’ll accept me. I did this on New Year’s Eve in 2017, because I wanted to welcome the New Year with authenticity and honesty, and by not hiding myself in the shadows anymore. Fortunately, my parents accepted me then and there. I tweeted about it, and my story got thousands of retweets. Through social media, many people shared their love and congratulated me for finally deciding to live my truth.

What really made me grow (so far) as a student is my involvement in the UST Central Student Council, as its Co-Director for Campaigns and Advocacies. It’s a platform for me to spread my advocacy on gender equality and mental health. My stint has made me understand that there’s a bigger fight that needs to be won beyond the walls of the university. It’s so important to give back to the community because that’s how you create a better future for everyone.

Like Thomas, Steff, and Anton, you too can find the strength to be true to yourself, thus embodying Pantene's #StrongerNow campaign. Learn to accept and embrace the real you, and keep pursuing the life you’ve always wanted to live. You only really get one shot at life, so make it count.