She had to go through a lot early in her career, but she's stronger now because of it.
CREATED WITH PANTENE
Sep 12, 2018
Share This!
Share Tweet Pin Copy Link

With her morena skin and girl-next-door vibe, Gabbi Garcia was often overlooked during auditions when she was much younger. But that didn’t stop her from pursuing an acting career—and it’s a good thing she went with it, because now she’s one of the brightest young stars in the Kapuso network. She has even become a role model for body positivity and self-confidence, as she shares her experiences and opinions with her fans, thus encouraging them to overcome their own insecurities and turn them into strengths. Here are the four times Gabbi pushed negativity aside in order to become the best version of herself:

Gabbi often gets negative comments about her body, so it was brave of her to post an unedited photo of herself in a swimsuit on Instagram. She captioned the photo, “Yes, I have no boobs, I’m flat-chested, [and] I have my own fair share of stretch marks. And I don’t see anything wrong with it. If your definition of being 'sexy' doesn't fit with my body type, well then sorry, but I LOVE MY BODY. And nobody deserves to be bullied just because of your body. We are all beautiful in our own way."

And to school people on why body shaming is absolutely wrong, she tweeted, “We should really stop saying 'Nagpapayat ka na ba?' 'Ang payat mo dati,' 'Tumaba ka,' 'Ang taba mo.' We do not know what a person is going through that may affect his/her weight.”

Gabbi’s morena skin worked against her when she was growing up. She revealed that she would do VTRs for commercials and barely got any of the projects. “Out of the 50 VTRs I went to, I only got three or four commercials.” She explained that the fairer-skinned mestizas usually got the projects, making her feel ashamed about her skin color. But with the strong support from family and friends, she has learned to appreciate her morena skin and her so-called “imperfections.” 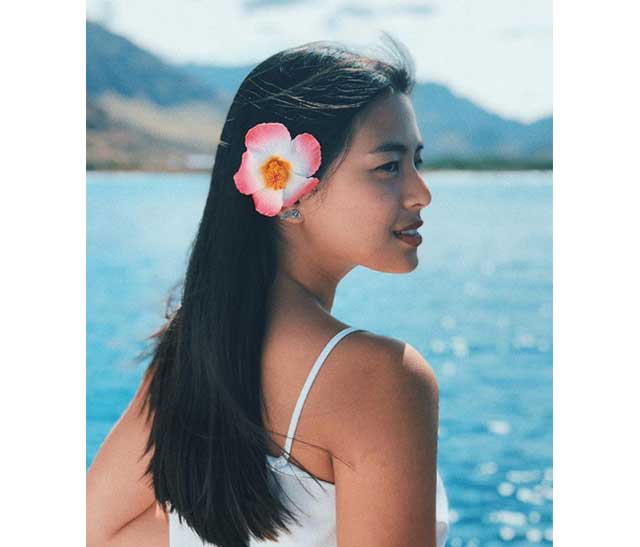 Back in high school, Gabbi loved to get involved in a lot of projects and extracurricular activities. But some of her classmates hated her for it. “I was into academics and extracurriculars because I really wanted to perform. That was my goal in high school. Some people hated me and said stuff against me for being ‘too active.’” She kept doing her thing, though, until she graduated from St. Paul College Pasig.

The Kapuso actress has learned to take more risks in her career. She recently announced that she and her love-team partner Ruru Madrid are now going their separate ways and that she’ll be going solo. She told Pep.ph, “Don’t get me wrong, hindi ko sinasabing it doesn’t feel great with a partner. But it’s a different experience working with yourself. You get to know yourself better. You get to know your capabilities and capacities as an artist. You get to explore.” 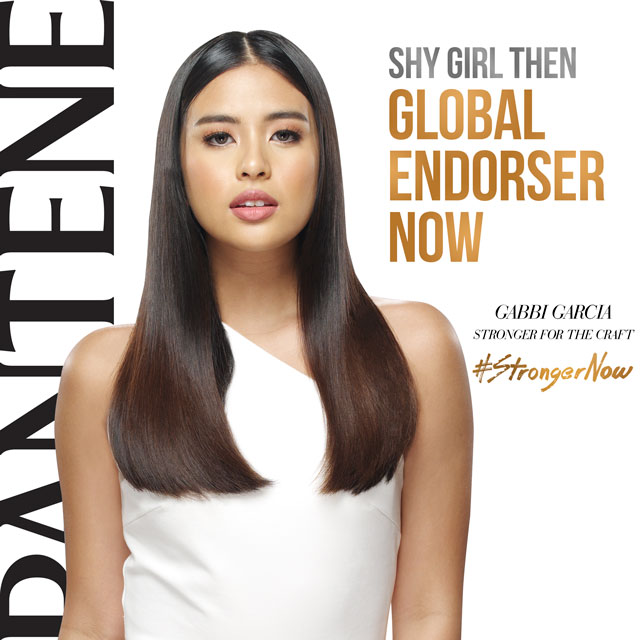 Through her words and actions, Gabbi always encourages her fans to embrace their uniqueness. Her messages of positivity highlight that developing self-acceptance and self-confidence can help anyone become stronger and shine brighter.

Look to Gabbi Garcia as the girl who was able to conquer her insecurities and turn them into strengths, and join the movement to be #StrongerNow with Pantene. Celebrate the modern Filipina by being empowered enough to overcome challenges and find fulfillment.